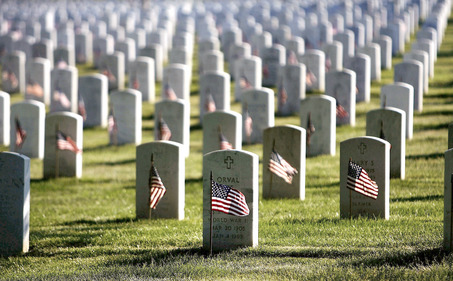 This year, the normal ceremonies commemorating Memorial Day will be held virtually. The 152nd National Memorial Day Observance to honor Americaâ€™s fallen military service members at Arlington National Cemetery will be livestreamed Monday, May 25. The U.S. Army Military District of Washington will conduct a Presidential Armed Forces Full Honor Wreath-Laying Ceremony at 9 a.m. EST at the Tomb of the Unknown Soldier, hosted by Secretary of Defense Mark T. Esper. Also, on Monday, Friends of the National World War II Memorial will host a virtual Memorial Day observance on their Facebook page, beginning at 9 a.m., and a private wreath-laying ceremony will follow at 9:30 a.m. The National Memorial Day Concert will not be held in person this year. However, there will be a special presentation with new performances and tributes, including a special tribute to all the men and women in uniform who are fighting against COVID-19. The 2020 National Memorial Day concert will be live on your local PBS station, on Sunday, May 24, at 8 p.m. EST, as well as PBS.org, YouTube, and Facebook. You can also enjoy The National Memorial Day Parade: America Stands Tall, an original television special featuring the story of our shared history, that will air on American Forces Network on Monday, May 25, at 2 p.m. EST, and on ABC, CBS, FOX, and NBC affiliate stations nationwide.