Before the beginning of World War Two, twenty three overseas veterans gathered on August 31, 1940.Â  Before the evening was over, they had elected officers and decided on the name Axel Rasmussen VFW.

Major Rasmussen, brother of charter member R. W. Rasmussen, was a member of the U.S. Army First Division and was decorated with the Distinguished Service Cross by the United States and Croix de Guerre by the Government of France.Â  He was killed on May 4, 1918 in France.

Major Axel Rasmussen Post 3452 was officially charted on October 25, 1940. The first vote of the Post was to form a Ladies Auxiliary. Twenty three ladies proceeded to organize and have been active ever since. The Post first held their meetings at Winona Grange while the ladies met at the Old Fellows Hall.

Over the years, the Tualatin VFW Post has welcomed veterans from Tigard, Lake Oswego and other areas.Â  The original Post met in its own building at 8455 SW Seneca and has since moved to 18820 SW Boones Ferry Road, Tualatin Oregon.

The post building was the major social center for the Tualatin Community in the 50’s and 60’s.Â  Weekend dances were open to the community. Tualatin had fewer than 1,000 people until 1974.

Post 3452 started Tualatin’s annual CRAWFISH FESTIVAL in 1951.Â  At that time, the river had an abundance of the critters.Â  As a fundraiser, by the Members and Womenâ€™s Auxiliary, the crawfish were cooked and sold to the festival attendees during the first four years in order raise $4000 to build its first post building on Seneca Street,.Â  The festival is now coordinated by the Tualatin Chamber of Commerce. 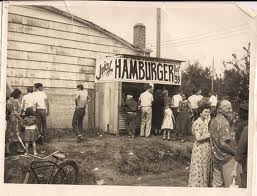