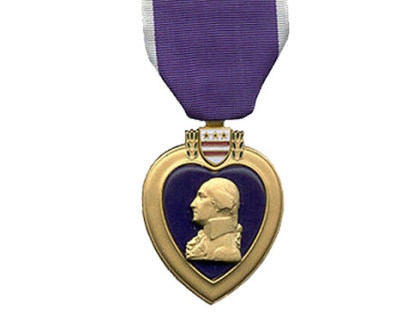 I am emailing you all because the city of Tualatin has agreed to proclaim itself a Purple Heart City.Â  Thanks to the tireless efforts of the City Council and the Tualatin VFW Post 3452.Â  It is a great credit to Oregonâ€™s VFW District 16 to work with Chapter 72 Military Order of Purple Heart to see this project to fruition in a fairly short amount of time; especially with Oregon just becoming the 15th Purple Heart State in the nation, signed in to law by Governor Brown, as well as Â the I-5 corridor in Oregon becoming the missing link to the first international border to border completion of the National Purple Heart Trail.

There will be a ceremonial signing of the proclamation Monday night, September 14th, 2015 at 7:00 P.M. at the city council meeting, located at the Juanita Pohl Center: 8513 SW Tualatin Road, Tualatin, Oregon 97062. I am requesting a list of attendees to provide to city council no later than the 1st of September before COB.Â  IT would be great to have a turnout of both VFW and MOPH members as well as respective Auxiliaries.

There will be media in attendance as well, so I am requesting that all wear appropriate service caps if at all possible.Â  MOPH that will be blazers and service caps if possible. It would be nice if at the ceremonial signing, if:

I will be in attendance with my family but would like to not actually be a part of the ceremonial signing.Â  The media that will be present will surely like to interview members of both Veterans Service Organizations before the ceremony.Â  There will not be time after.Â  You are also not obligated to stay the entire duration of the council meeting, so only plan on being there for an hour to an hour and a half, if you come early.Â  There will be more information to follow, to include the proclamation before it is signed by the mayor.Â  If you would like to attend, please email me back and I will add you to the list.

As well, please email me any questions, comments, or concerns.

Thank you all.Â  This is going to be a great reward to your hard work and efforts.