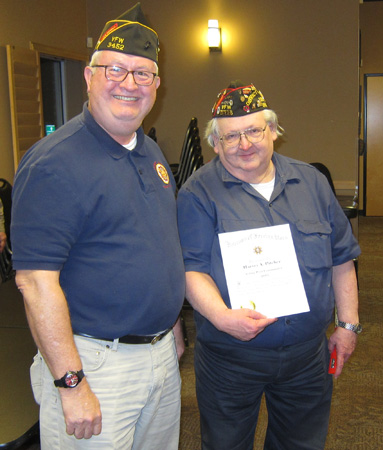 Presentations of Certificate of Appreciation were conducted:  Members Jim Robbins and Steve Rutter were recognized for their dedication on the House Committee and participation in making Saturday Breakfast.  Senior Vice Commander, Harvey Pitcher, has performed as Acting Commander since January.