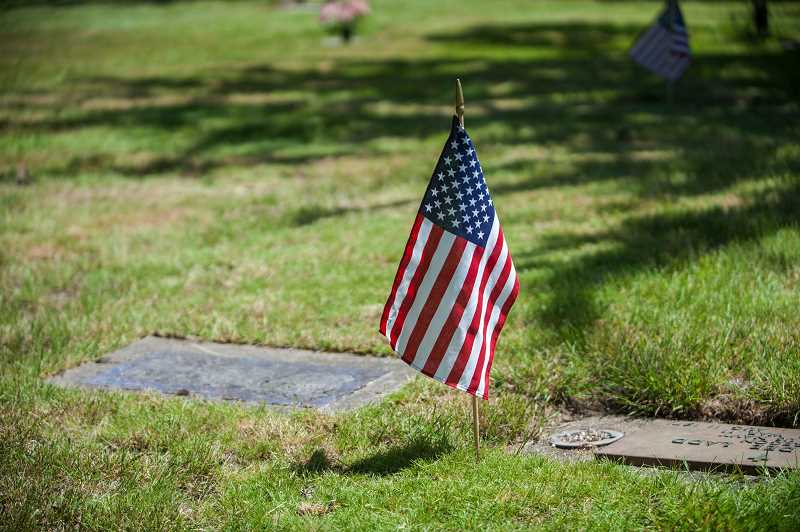 For Dale Potts, it was an unusual Tualatin Memorial Day observance Monday, May 25.

It was the first time that the event, which as far as he knows has been held since 1999, had been canceled.

But that didn’t stop Potts, wearing a surgical mask, from showing up at Winona Cemetery, the traditional gathering place of the annual event, where a small group had gathered.

Absent was the traditional list of speakers, many of them local men and women who have served in the armed forces. Missing too were the Tualatin High Crimsonaires, who traditionally sing the national anthem. Also gone was the Tualatin Police Department honor guard, which usually posts the colors for the event. There was no mayor to introduce the speakers, either.

But that didn’t mean that the cemetery wasn’t prepared for the day set aside to honor the men and woman who died in the service of their country.

“The Winona Grange and other groups cleaned up the cemetery last weekend,” Potts wrote in an email. “Although Scouts were not available, Kathy Walsh (president of the VFW Auxiliary) and the cemetery board placed flags on all the veterans’ graves.”

With not much to look forward to this year, Potts received an email on Friday, May 22, saying the West Coast Ravens, a group of pilots who fly RV airplanes, would fly over in military formation across nine locations on Memorial Day, including the Vietnam Memorial Wall in Portland’s Washington Park and Willamette National Cemetery.

Tualatin was along the route as well and that’s where Potts saw them.

“They flew in two wings, five in the first, followed by four,” said Potts. “They returned a half-hour later, still all in formation.”