Daniel Payne Posted on May 11, 2015 Posted in Mens No Comments 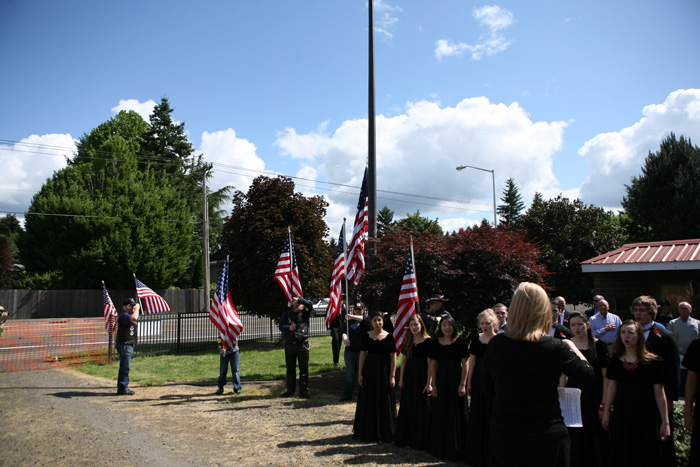 We have two activities planned for Memorial Day on Monday, May 25th:

A Retired Marine helicopter pilot, Lt. Col Norbert (Norb) Murray, is the honored veteran and featured speaker at Tualatinâ€™s annual Memorial Day Observance at Winona Cemetery (9900 SW Tualatin Road) on May 25.Â  It starts at 10:45am and is followed by a picnic at noon at Tualatin Community Park sponsored by VFW Mens Auxiliary 3452.

This commemoration is a great way to honor your deceased family and friends who served in the military. Traditionally Memorial Day is set aside to remember military veterans who lost their lives in battle. But Tualatinâ€™s annual ceremony expands that to include deceased friends and family of those attending as well as those buried in the cemetery.

Norb Murray, a life member of VFW Post 3452, flew 820 combat missions as a helicopter pilot in Vietnam.Â  He went on to serve as a pilot for the helicopter squadron supporting â€œMarine Oneâ€ for three consecutive Presidents, Nixon, Ford and Carter, where he was the liaison to the White House and the Advance Officer. Among other posts, he was the Commandant of the Marine Barracks at Whidbey Island Naval Air Station and Special Assistant to the Assistant Secretary of the Navy for Financial Management. He graduated from UC at Berkley and earned a Masterâ€™s degree at the Naval Postgraduate School.

The picnic has become an integral part of the overall event.Â  This year, the food is being prepared by Daltonâ€™s Northwest Catering.Â  With the Pioneer Brass trombone quartet playing patriotic songs and military marches, the atmosphere is similar to summer concerts in the park where you would take your best girl or family for an afternoon of entertainment.Â  The Pioneer Brass wears colorful 1850 uniforms popular for celebrations during the period when Oregon achieved statehood. Those attending the picnic last year described it similar to a good old fashioned community picnic where everyone enjoys good fellowship.