Who designed the original “Stars and Stripes” flag of the United States is a point never definitely confirmed. Was it Betsy Ross, expert Philadelphia seamstress, or New Jersey’s Congressman Francis Hopkinson? 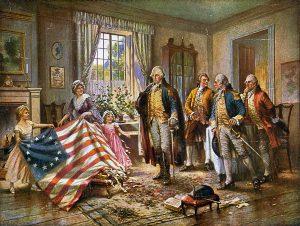